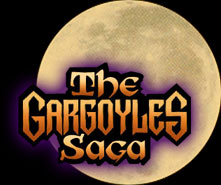 This forum is a comment room, which is not a chat room. Discussions do not occur in real time. You may not receive replies for days at a time. If you wish to chat in real time go to the s8 Gargoyles Chat Room.

The TGS CR, hosted by Station 8, is a place where fans of TGS and Gargoyles gather to casually discuss a wide variety of things, from entertainment to politics and even everyday activities.  Topics aren't regulated (relatively speaking) but content is regulated.  Please see the following rules for details before posting comments.  Contact an admin if you need help or have inquiries.

Not knowing the rules is not an excuse.  The rules are linked directly from the top of both the main CR page and the Add Comment page, and are very obvious and available to everyone.

The severity of any consequences for breaking the above rules depends on the severity of the infraction, the number of complaints received and whether or not recognition of the problem has been made by the offender.

Minor offences will be met with email from an Administrator asking for the correction of the behavior.

Someone who causes a major incident may be asked by an Administrator to make a public or private apology and their actions may result in less leniency being shown in the future if the behavior continues.

A repeat offender showing no remorse will be banned from the forum after the third infraction.

In the event that a complaint is filed against an Administrator, again, the outcome will depend on the number of complaints as well as their severity.  If a great number of severe complaints are lodged, an Administrator may be asked to step down and a new one appointed by either themselves at their discression, or by a general nomination and vote in the CR.

These rules are not retroactive and infractions committed in the past cannot be dragged up as justification for banning.  From the date of the implementation of these rules (2-21-2005), all posters may begin with a clean record.